'I Know the Path'

Today's air is filled with the stench of disrespect, falsehood, abuse, intimidation, violence, and even killings of people to scare all others. But a mere reminiscence of a man freshens up the atmosphere with the aroma of non-violence, mutual-respect and determination to uphold human values. M K Gandhi is no simple name. He symbolises the spirit of the current Indian Nation unequivocally, and the idea what democratic and non-violent individuals living anywhere in the world believe in.

Today, being the 30th day of January, also reminds the 'Day of Misfortune' for India and all peace-loving people in the world. This is the day when religious fundamentalism took away the mundane body of Mahatma (as Gandhi is called) away; but then proved the fallibility of blind faith, hatred and violence against extinguishing the sparkling light of truth. 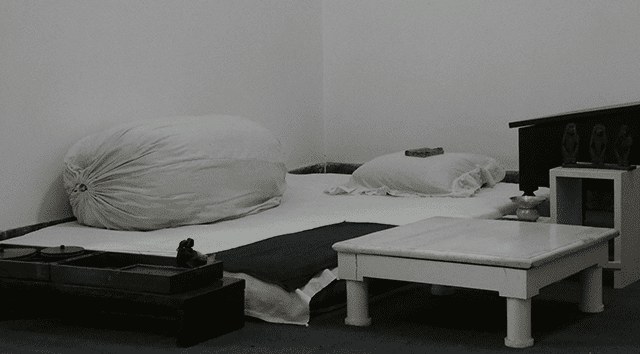 Gandhi grows more powerful every single day, even today, and will also do on the day after. When a movie-maker replays Gandhi in his or her movie, Gandhi helps good cinema become great. When government use a drawing of Gandhi spectacles, people approve of the government's initiative. When Indians hold currency note with Gandhi's headshot in it, they entrust their unwavering faith in its authenticity. When world leaders refer to Gandhian belief, they promote themselves to veneration. It's a fact that Gandhi after death is bigger - the Martyr's Day (as the day of killing of Mahatma is known in India) seems to be the day when we have started exploiting our misfortune to our advantage!

Gandhi lives on. This is not the time to seek glory of Gandhi. His timeless contribution to humanity will stay on. His single most important gift to the people of India to become a nation should not be wasted. We should not despair at the rapidly increasing abuse of all values that we stand for as human beings. We should not lose our power of rational thinking after so long and hard effort of past generations. The glimpses of horror from wars and genocides of the past should not blur in our collective memory.

I Know the path. It is straight and narrow. It is like the edge of a sword. I rejoice to walk on it.

He had understood that non-violence would succeed only by confronting violence consistently. The means for this fight are truth and endurance. Gandhi will die only if we stop facing falsehood and violence with courage and conviction.

(My tribute to Mahatma on his death anniversary)